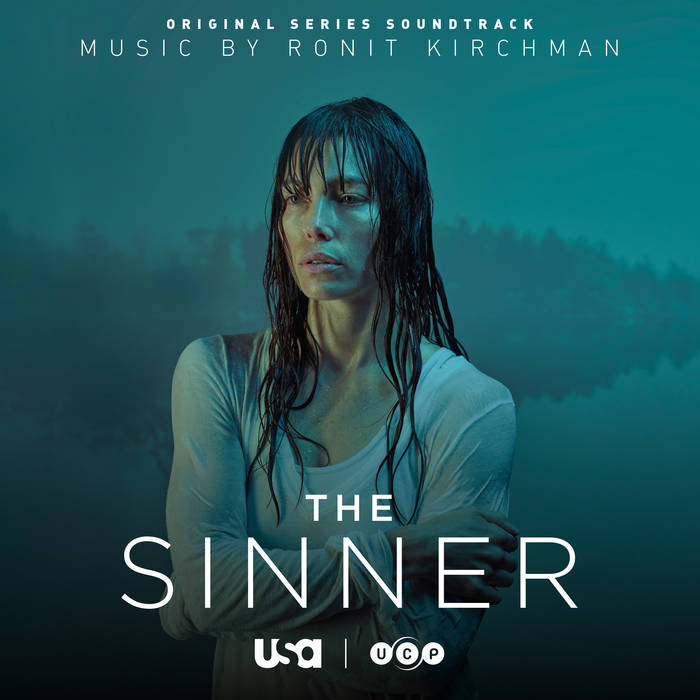 Death By Neon The Sinner is probably simply one of the 5 best score of the DECADE. The atmosphere is mind-blowing and the themes are absolutely mesmerizing... Please do a favor to yourself and purchase this one as a blind buy, you won't be disappointed this is a sure thing!

The riveting #1 cable show of 2017, THE SINNER has been nominated for Golden Globe and Critics Choice Awards. In its first season, the series follows a young mother (Jessica Biel) who, when overcome by an inexplicable fit of rage, commits a startling act of violence and to her horror has no idea why. The event launches an inverted and utterly surprising crime thriller whose driving force is not the “who” or the “what” – but the “why” – as an investigator (Bill Pullman) finds himself obsessed with uncovering the woman's buried motive. Together they travel a harrowing journey into the depths of her psyche and the violent secrets hidden in her past.

This original soundtrack album is a deep dive into the mysterious and captivating musical world of THE SINNER – an emotional journey of discovery through a landscape of distinctive electronic rhythms and beats, evolving layers of danger and mystery, and memorable, masterfully orchestrated melodies. The Apple Deluxe edition includes a package of 9 additional exclusive bonus tracks from Kirchman’s score.

Says showrunner Derek Simonds: “I can’t imagine THE SINNER without Ronit’s music. She’s a whiz in the studio, a talented multi-instrumentalist who creates singular textures for her compositions, and most importantly, a soulful artist with a deep sensitivity to the subtleties of character and mood. Her work effortlessly expresses both the churning dread and the contemplative, bruised heart of Cora’s journey.”

Kirchman elaborates: “It’s a real pleasure to write for a show where I am asked to create something new and musically innovative, with sounds and themes that feel original and unexpected, while at the same time totally organic to the story. We want the audience to respond with genuine engagement, suspense, and surprise – and that means coming up with a fresh tool kit and truly unique themes. My hybrid palette for THE SINNER incorporates specifically designed electronic elements, sculpted sounds, acoustic instrumental writing with extended techniques, and processing of live sounds. The goal is for the audience to feel taken over by this compelling story.”

RONIT KIRCHMAN is a composer, music producer, songwriter, singer, and multi-instrumentalist. She composes music for film and television, theater and dance, multimedia installations, and the concert stage. She performs internationally and is also an accomplished visual artist and author.  In addition to her powerful work for the popular and critically acclaimed series THE SINNER (USA Network), Ronit’s widely varied film scores include the feature-length Zen and the Art of Dying, Finding Neighbors, and The Skin I'm In, as well as The Golden Age of Fish, Say You Love Me, and Gowanus, Brooklyn among others. Ronit is also a pioneer in the reimagining of film scores for live performance in her Remix Anatomy concert series, which has been supported by FilmForum and Sundance Institute.

Bandcamp Daily  your guide to the world of Bandcamp

outré black metal, with a Victory Over the Sun interview and music from Liturgy and Jute Gyte.